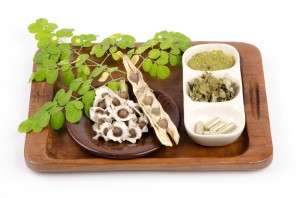 The issue of having a child in a safe and healthy manner is a serious one, even with all the advancements in modern medicine. With that said, and with the long list of baby formulas and supplements that exist on the market today, a significant portion of women still want to feed their child in the most natural and healthy way possible.

The best food source for a newborn child is generally the breast milk of the mother. It also has an added benefit, during the intimate process of feeding, of helping cement the emotional bond between mother and child. However, many women experience difficulties producing enough milk to fully nourish their offspring and need help increasing breast milk flow and overall nutritional quality.

During the past few decades our world has seen a massive increase in the consumption of highly processed foods. More fast-food has resulted in more people experiencing the early onset of diseases. As a nutritionist this leads me to conclude that people are having less access to foods high in vital nutrition on a consistent basis. This is why it is so important for a child to be exposed to a clean, strong and vital nutrition source from the very beginning in order to lay the foundations of a strong immune system. So how can mothers address this need for better nutrition? Many have sought the help of the humble yet powerful plant food source known as moringa. 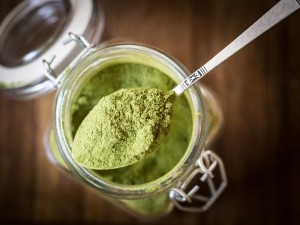 Although native to India and Africa, Moringa oleifera is now being cultivated and harvested in many parts of the world to meet the demand of the super-food market. Moringa is ultra-rich in vitamins A, B, and C, as well as other nutrients such as protein, iron and calcium — all compounds that are especially important for mothers who are in the process of breastfeeding a newborn child.

Indeed a double-blind study on the use of moringa for the augmentation of volume of breast milk among mothers of preterm infants found that those who consumed commercially available capsules containing 250mg of the plant’s leaves twice dailyincreased milk production by day 5 by a staggering 152 to 176 percent. The study was led by a team for four doctors (Ma. Corazon P. Estrella, M.D., Jacinto Bias V. Man Taring III, M.D., Grace Z. David, M.D., and Michelle A. Taup, M.D.), who concluded by recommending moringa’s “routine use among mothers of preterm infants to augment lactation, thereby ensuring an adequate supply of breastmilk in the population that needs it the most.”

This serves as excellent news for all mothers looking to increase breastmilk flow in a safe and natural way; thus far there have been no known reported side effects of consuming moringa — other than increased energy and nutrition! Furthermore, as reported by Bio Diesel Magazine, the moringa tree is considered to be one of the most sustainable sources of food and energy. The tree is easy to grow, can thrive in poor soil, withstand drought, and is capable of producing multiple leaf harvests in a year — making it an attractive crop for farmers both in the developed and developing world.

Even though it’s highly recommended for breastfeeding mothers, men and women alike can consume moringa for top nutrition. It comes in fresh and dried leaf form, and also as a powder or tablet supplement. As a nutritionist, I recommend regular consummation of the powdered form for fast infusion into the blood stream. When it is taken in other forms it’s just as potent, however with a very small time delay.

As more and more people are looking to address their health concerns in a natural way, it should come as no surprise that moringa is a leading source of nutrition for expecting mothers and those who are already nursing newborns. But don’t just read about it; give this powerful plant a place in your regular rotation of super-foods for optimal healing and nutrient content — you will be glad you did!

With health and love to you and your families,